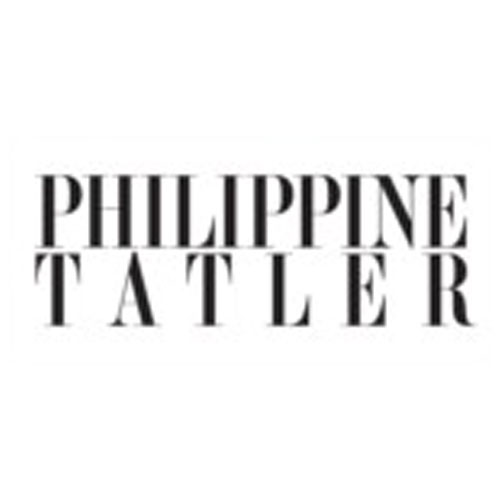 As of late, GameStop has been the talk of the town. In fact, it’s even going to be the topic of a Netflix film! Read on to get a better grasp of what happened early this 2021 as we interview finance experts Wick Veloso, Hans Sicat, and Mica Tan.

The US stock markets had been overwhelmed and shocked by an immense uptick in price and demand for the what-once-was dwindling GameStop stock. Wick Veloso, Tatler 400 lister, president of Philippine National Bank (PNB) and previous country manager of HSBC, explains: “In January 2021, a short-squeeze of American video game retailer GameStop (NYSE: GME) amongst a few other securities took place, causing major financial consequences for certain hedge funds and large losses for short-sellers”.

WHAT HAPPENED?
We spoke to Hans Sicat, Tatler 400 lister, country manager for ING Bank Philippines, board member of the Investment House Association of the Philippines and previous CEO of the Philippine Stock Exchange to get more insight on the case. Interestingly, it all started with a Reddit group called Wall Street Bets (WSB).

“The GameStop situation is a unique event in the market. As a quick background, GameStop is an old brick-and-mortar operation video game retailer. In this age of digitalisation, many people think this business model will become obsolete soon. However, some had the opposite view,” he explains. Sicat adds that “back in 2019, one of the major players in the Michael Lewis’ book (and film) The Big Short, Michael Burry, purchased a stake in the firm because he thought it was undervalued. He actually pushed for changes to improve its operations and future. His moves probably put GameStop on the radar of many retail investors using the website [Reddit]”.

“GameStop’s astonishing run can be traced to August 2020, when Ryan Cohen, the co-founder of the online pet supply company Chewy, disclosed that he held a major stake in the company,” shares the Washington Post. Then, things got interesting. Your average armchair retail traders, aka you and me, got wind of stockbrokers, professional traders, and your cliché finance ‘bro’s short-selling GameStop shares in order to earn big, and found an opportunity to, well, stick it to “the man”.

WHAT IS SHORT SELLING?
Gen.T Honouree Mica Tan, co-founder and CEO of private equity firm MFT Group of Companies de-mystifies the concept. “Short selling may be compared to borrowing something and then pawning it with the hopes that money grows so you can buy back the pawned item at a profit. It’s a bet against the company, where you make money when prices go down. It serves as a check-and-balance incentivising short-biased traders in finding out inefficiencies. Short selling is not a fun game if you don’t know what you’re doing. There are those who know what they’re doing, those who get lucky, those who get scared, and those who research and learn on how to capitalise on these moves… sometimes a little too late”.

Essentially, what happened was, an army of armchair traders begun purchasing small amounts of GameStop stock, then the seasoned players caught wind and knew they could make a killing and things really got heated. Demand spiked and the stock price skyrocketed.

Veloso explains, “What happened in the GameStop situation was that the large scale short-selling of the stock led to a “short squeeze” where not enough shares of GameStop were available to be bought in the market to close short-sold positions. The Reddit traders’ sentimental affinity for GameStop and AMC, and their loathe for hedge funds (which are perceived as the perpetrators of the last recession) drove the retail community to buy shares and drive prices up. When this happened, traders with short positions were “squeezed” until they closed their short positions and “return the stocks borrowed”.

HOW DID THIS AFFECT SHORT-SELLERS AND HEDGE FUNDS?
The sneaky traders who were short-selling went into panic mode because prices that should have been falling (which would have allowed them to buy the stock back at a cheaper price) were instead, rising… fast. Many had to close their positions aka buy back the stock and return it to the “original owner” at a major loss.

Sicat jumps in to tell me that because of the interest from retail investors, “a surge of buying occurred, and the price rocketed up by some 2,500 per cent, which created massive losses for the hedge funds, running into the billions of dollars. This situation is called a ‘short squeeze’, technically, a ‘gamma squeeze’. In the short run, as GameStop’s stock price kept going up, retail investors were looking at massive paper gains, or for those who cashed out in time, really large profits”.

“The reality,” Sicat continues, “is that all players, including the clearinghouses and the trading platforms themselves, had to raise billions of dollars in a few days to cope with regulatory margin calls, massive increases in participation on the platforms and draw on bank lines to keep operating”. The plan to “get back” at short-sellers and make a statement out of Wall Street’s greed, worked, big time. “Various retail brokerage firms were also forced to put restrictions on trading GameStop and other stock for the reasons mentioned. Of course, this added some fuel to the fire as it was viewed by certain sectors as a tactic to restrain participation in the market.” The public’s newfound power was being curtailed.

THE REVENGE OF THE RETAIL TRADER
Veloso says, “What happened here will likely reshape long-practised trading principles and risk management frameworks. Actions of individual retail investors usually have minimal to no impact on share price movement as institutional and professional investors are the main market-movers, usually due to the typical volume, value and frequency of their trades. However, the emergence of digital trading platforms (like Robinhood) provide retail investors easier access to securities markets and online forums (like Reddit), enabling these retail investors to band together and bring about significant weight on price action”.

With the amount of access that non-professionals have at their fingertips, the stock market has more or less opened up completely. Today, markets are seemingly more dominated by retail traders—and this incident cemented the fact that they have realised the influence they have on a global scale.

“There is a newfound ‘power’ of the retail investor. Digitalisation, the lowering of trading fees, access to real-time information and the power of social media have coalesced to give the retail sector more significance in market movements,” Sicat adds in agreement.

“Short-selling is generally frowned upon,” says Tan. “What happened with the collective buying power that led to this short squeeze is a testament to the immeasurable power of social media. The convergence of technology in the world of trading coupled with social behaviours on platforms gaining tremendous momentum”.

WHY DID THE US GOVERNMENT HAVE TO SPEAK UP?
The blowback to large financial institutions and movements in the market were so impactful that the US government even had to monitor the situation. “The government has to say something because too much volatility is not good for free markets in general,” Tan chimed in. “This may have a systemic risk to the US financial markets”.

Sicat tells me that on the top level, this seemed to be a battle between David and Goliath, retail investors vs. large institutional investors, the so-called “dumb money” vs “smart money”. “At another level, it was perceived as an inequity in the rules governing how Wall Street firms operate,” Sicat explains.

As GameStop’s stock price, like AMC’s and others too, are highly volatile – the bottom line is: enter at your own risk. With the stock price at its high on 27 January with 347.51 USD and a rate of 45.94 USD today, it truly is a risky but potentially high earning game. Now, one that the finance bros aren’t playing at alone.