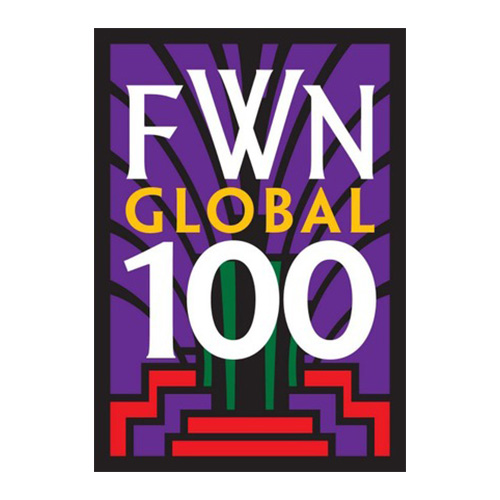 The Filipina Women’s Network recognizes women of Philippine ancestry who are changing the face of leadership in the global workplace, having reached status for outstanding work in their respective fields and are recognized for their contributions to society, femtorship and legacy. Tan was selected from an outstanding field of nominees from around the world.

INNOVATOR AND THOUGHT LEADER Award
This award recognizes women who have broken new ground in the marketplace, have delivered new and unique applications of emerging technology transforming the way people think, in the fields of sports, literature, the arts and pop culture, or have improved the lives of others by helping develop a product or service in the fields of science, technology, engineering, arts, or mathematics. This award category is also for someone who has launched a new enterprise, a learning function or completely overhauled an existing development or community initiative.

“The Global FWN100™ awardees are innovators and thought leaders, dynamic entrepreneurs, rising stars under age 35, practitioners, behind-the-scenes leaders, and public service advocates, who have moved through the ranks in the public and private sectors. They are magnificent women doing extraordinary work motivating next generation leaders,” said Marily Mondejar, CEO of the Filipina Women’s Network.

“Each nominee goes through a rigorous vetting process by the Selection Committee composed of previous global awardees,” explained Thelma Boac, chair of the Global FWN100™ Awards and elected Trustee of the San Jose, California Berryessa Union School District. “They were selected based on the size and scope of their positions, influence in their industries and their communities, board affiliations and other leadership roles.”

The Global FWN100™ Award™ is a working recognition award with a meaningful purpose: A Filipina woman leader in every sector of the global economy. The awardees are asked to re-invent themselves by femtoring (female mentoring) Filipina women and bring her to the Filipina Summit in The Westin Paris – Vendôme, France.

“Mica F. Tan is now a valued partner in helping FWN develop the Filipina community’s pipeline of qualified leaders to increase the odds that some will rise to the “president” position in all sectors of the global economy,” added Dr. Carol Enriquez, FWN board member and President and CEO of Our Lady of Fatima University. “The summit is where smart women are sharing the secrets to their success and inspire each other. The 2007-2019 awardees’ leadership stories have become part of the largest recorded Filipina women diaspora in modern times.”

“The #FWNSummit2019 theme is Be. Magnificent. AMPLIFYING Filipina Women Voices. Seeing all the global awardees on stage at the awards ceremony assures me that the future of our young Filipina sisters is solid,” said Georgitta Puyat, Chairman, Philippine Orchard Corporation and FWN president. “Awardees often share this inspiring evening with their moms, grandmothers, daughters, sons, spouses, partners, young women and men, mentors and bosses from their organizations. They all come on stage to celebrate her.”