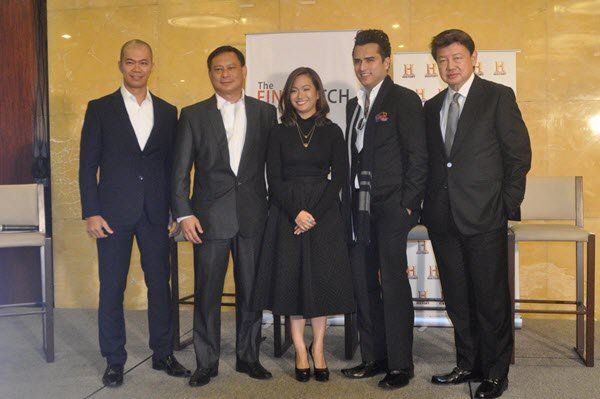 A Philippine television production company has launched a new reality television show that will feature a group of real-life entrepreneurs making a fund-raising pitch to some of the country’s most successful business owners and founders.

Called The Final Pitch, the show is loosely inspired by Emmy Award-winning shows Shark Tank and The Apprentice. It is being produced by Streetpark Productions, the company that is also behind real estate and construction TV show Philippine Realty TV. The Final Pitch is scheduled to air in May 2017 on History Channel.

The show’s judges, who are expected to actually invest and provide funding to the show’s final winners, include Jose “Joemag” Magsaysay, a co-founder of Potato Corner; Henry Lim Bon Liong, chairman and CEO of the Sterling Group of Companies and hybrid rice pioneer SL Agritech; Joseph Calata, considered the youngest chairman of a publicly-listed company, Calata Corp.; and Mica Tan, the 25-year-old millennial CEO of the angel investing group MFT Group of Companies.

The show’s host and creator, John Aguilar, added that the producers are also looking for a fifth and final judge. “The final slot should go to someone who is not just a successful business person with the capability to invest but someone who would like to see and help other entrepreneurs succeed,” he said in a press conference to launch the show.

Asked about the minimum amount they are willing to commit as funding support for the winners they will eventually choose, Calata said he’d start at Php1 million to Php2 million but could go to a maximum of Php50 million to Php100 million.

Lim said his minimum is Php3 million to Php5 million but could go up a billion pesos if really justified. “I’m looking beyond Jollibee and Mang Inasal. I’m looking for somebody like Jack Ma,” said Lim, referring to the founder of e-commerce site Alibaba who is worth $28.4 billion, making him the world’s 28th biggest billionaire.