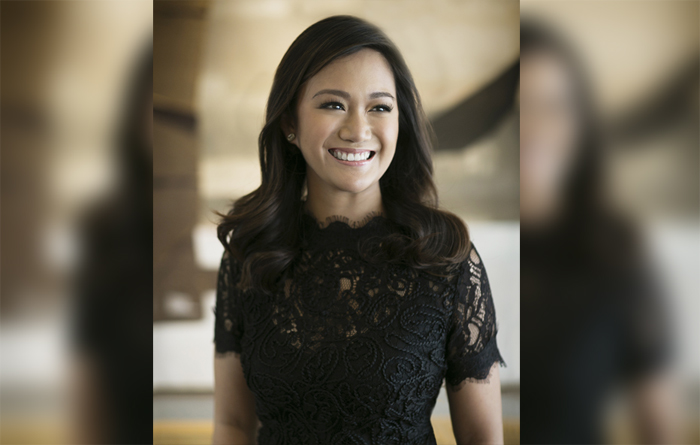 The Filipina Women’s Network recognized Mica Tan, the 27-year-old chief executive of the fast-growing MFT Group of Companies as one of the most influential Filipina women in the world.

Tan joined the roster of women leaders who received the award during the #FWNSummit2019 on Oct. 28 to Nov. 2 in Paris, France.

Tan was recognized by FWN as an emerging leader of the young generation. Inspired by her family’s entrepreneurial mindset, she leads MFT Group—a private equity group that restructures the corporate blueprints of family legacy businesses.

“It has always been my dream to lead a new breed of enterprising individuals; those who are able to see smart investment opportunities that may bring brands to the global platform. And I feel honored to have been recognized by FWN as an emerging leader in this field,” said Tan.

Tan said the award encourages her to further increase MFT Group’s business footprint “by becoming the most recognized strategic business partner of local and global businesses.”

MFT Group has significantly grown and expanded its investment and operational teams to over 9 countries and 18 cities worldwide since it was established.

The group is a strategic partner to legacy corporations and provides shared services in financial services and asset management, healthcare, food and beverage and real estate and related products.

The company’s ultimate objective is to add long-term value for the investors and the companies that they form strategic partnerships with, thus creating positive economic impact.

The Filipina Women’s Network recognizes women of Philippine ancestry who are changing the face of leadership in the global workplace, having reached status for outstanding work in their respective fields and are recognized for their contributions to society, female mentorship and legacy.

Tan was selected from an outstanding field of nominees from around the world. She was nominated by the Global FWN president Georgitta “Beng” Pimentel Puyat, who is the chairman of Philippine Orchard Corp. Puyat was also a 2017 Global FWN100 awardee.

Puyat called Tan “a young visionary, an astute innovator and a next-generation philanthropist; an unstoppable force with her sights set beyond the future of her current endeavors.”

“I saw this even back then when I first met her at age 10. She is nominated not only because of her exceptional business acumen and her personal advocacies to promote education, health, and entrepreneurship, but her stature as an influential, magnificent role model to Filipina women everywhere,” said Puyat.

The FWN100 Award was launched in the United States in 2006 and expanded its search globally in 2013. It recognizes Filipina women who are influencing the face of leadership in the global workplace, having reached status for outstanding work in their respective fields and are recognized for their leadership, achievement and contributions to society, femtorship and legacy.

Marily Mondejar, CEO of the Filipina Women’s Network said the Global FWN100 awardees include innovators and thought leaders, dynamic entrepreneurs, rising stars under the age of 35, practitioners, behind-the-scenes leaders and public service advocates who have moved through the ranks in the public and private sectors.