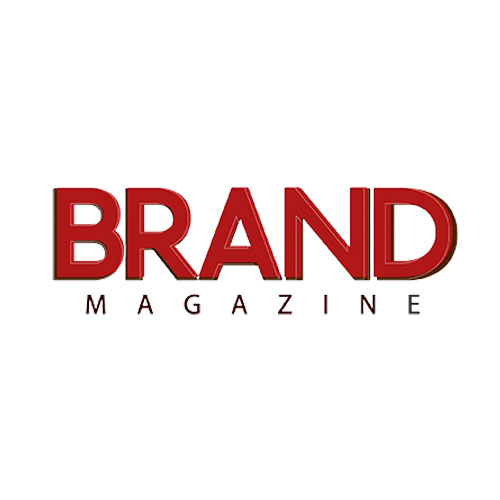 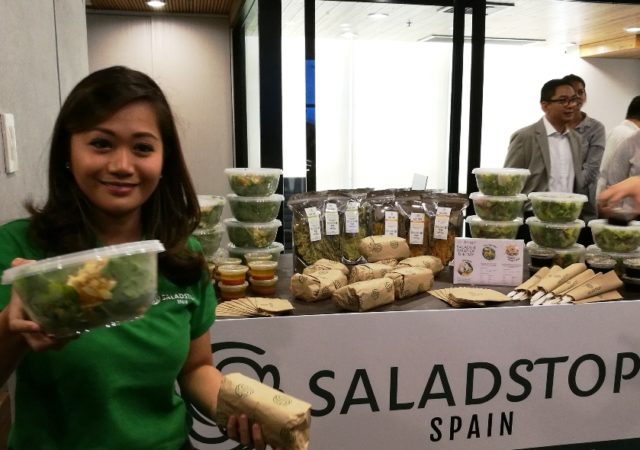 Salad Stop, which originated in Singapore having 16 salad bars and now making big waves in the Philippines, with outlets in Makati, Bonifacio Global City, and Greenhills in San Juan, has taken its success further. Salad Stop is also present in Japan and Indonesia.

By some stroke of genius attributed to Filipino resolve, it is bringing its brand of healthy food to a part of the world known for its heritage and high-end lifestyle: Europe.

The stylish salad bar established for its menu of healthy concoctions officially reaches the good ol’ Europe when it opens its first branch at Balmes 193 corner Travessera de Gracia, in the heart of Barcelona this September.

The big leap took flight after the Philippines-based MFT Group of Companies acquired Salad Stop’s master franchise last June and saw the potential of serving the large urban area with a population of about five million. 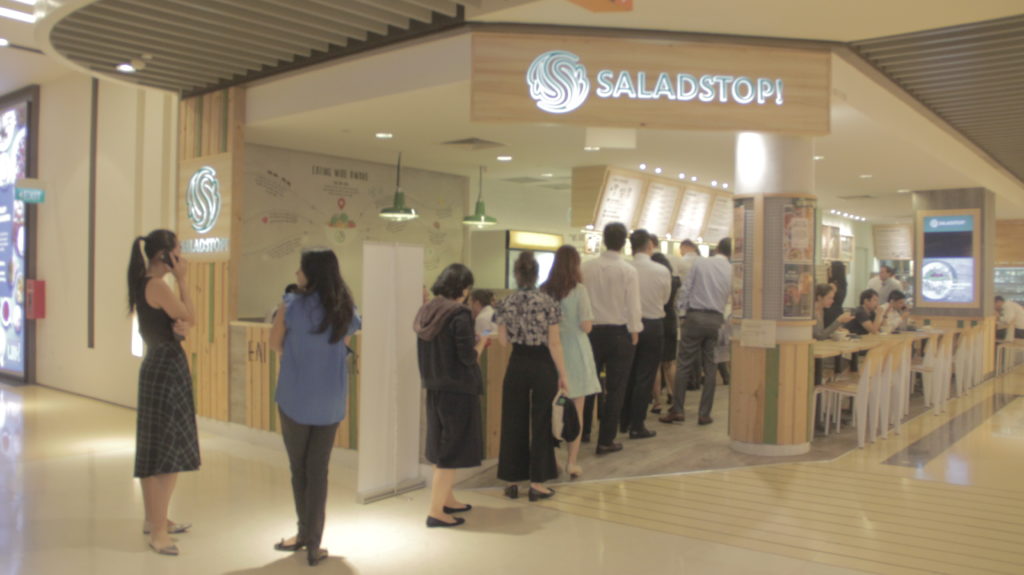 Currently in Spain, more and more are being inclined to maintaining a healthy diet.

MFT Group ventured into the food industry through its strategic partnership with Pol Parareda, a finance and investment banker from Spain. Particularly in Spain, MFT Group saw the increase of restaurants serving salads and the customers lining up for a table since they last visited two years ago. Even in the agricultural industry proves that the supply of vegetables increased significantly year on year. 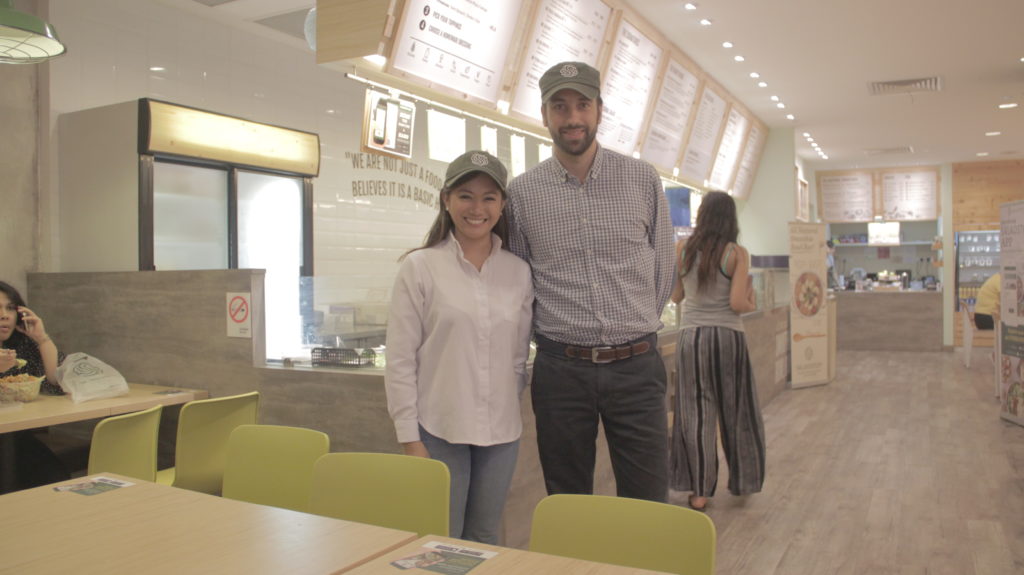 “We are thrilled to bring a great brand of nutrition, health, and wellness from Asia to Spain. I find Salad Stop to be a brand fit for health-conscious individuals like me,” said pescatarian MFT Group CEO Mica F. Tan. “Not only do we contribute to Salad Stop’s health movement, we also add to the industry’s bullish trend leading to economic growth. The millennial executive added, “We are glad to be chosen as a strategic partner in this wellness movement of Salad Stop.”

The largest healthy food chain in Asia, Salad Stop currently operates over 20 outlets, many of which are spread across malls and key joints in Metro Manila. Simply said it offers the most nutritious salads and wraps one can find, with premium toppings and dressings to choose from. 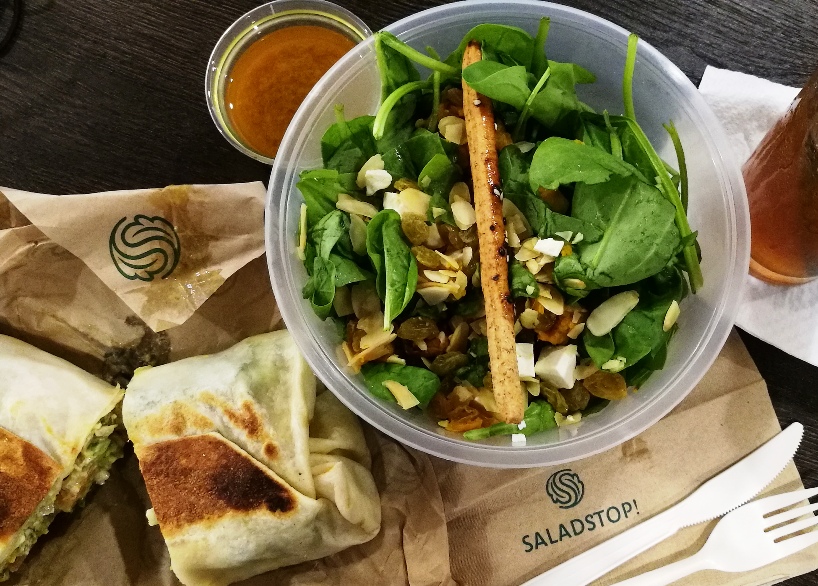 Swedish-born chef Emma Skoog, who has been in the F&B industry since 2001, will take the helm at Salad Stop Barcelona, owing to her significant experience in Spanish lifestyle and eating habits.

After moving to Spain in 2004, and learning about Spanish cuisine, she became a cook at Barcelona’s Market Hotel and Restaurant. She later became kitchen chef at Menjador’s “A Famous Tapas Place”.

No doubt a dream team of individuals embracing the wellness movement in the food and beverage industry were gathered as well to ensure that Salad Stop stretches its reach outside of Asia.

With its partners showing strength in numbers, the MFT Group of Companies is looking forward to opening more outlets in the coming years. Its goal is to change the way people think about food. 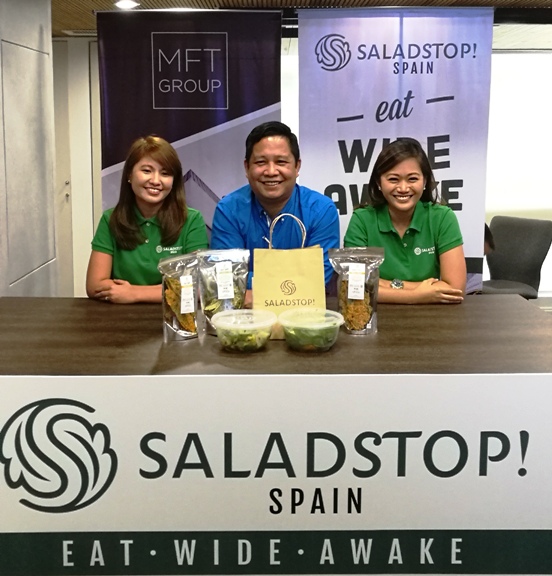 With healthy, yet tasty food offerings and a team dedicated to maintaining first-class service, the health-conscious public is responding well to the call “EAT WIDE AWAKE”.